100% Dance has been in business for over 30 years. Our foundation is structured on building self esteem and confidence through the art of dance. Our faculty has trained with some of the best in the industry, from Paula Abdul to Stephen "tWitch" Boss. We pride ourselves on giving individualized attention to each dancer while providing high quality studio instruction. Want to find out more about our school? Read what  our customers have to say.

Please meet our faculty below. We look forward to meeting  you! 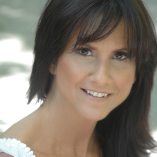 KIM MENNA   Director / Owner
After training locally, Kim studied with Charles Kelly and Jerry Aimes in NYC. She was crowned “Miss Dance USA” 1980, performed on stage many times at the Garden State Arts Center and was one of the top 20 finalists for the National TV Show “SolidGold”.
Kim has also choreographed for local plays and gymnastic teams. She has been a guest choreographer and teacher at the Red Bank Regional High School of Performing Arts and has sat on many Beauty Pageant pannels as a judge. Her students boast of many accomplishments including - performing at the Garden State Arts Center with Talent Expo, placing  overall in the National Championships in Myrtle Beach and winning countless Golds & Platinums in Regional and National Competitions. Kim is currently a director for Dancers Inc. Competition and Convention touring the United States working with broadway, TV and other industry professionals. Kim has been teaching and choreographing for 30 years and plans to continue to build self esteem and confidence through the art of dance. 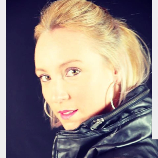 Miss Erin has been teaching dancers of all ages for over 15 years and is thrilled to once again be a faculty member of 100% Dance! Throughout her career she has worked with notable industry professionals such as Gil Stroming, Jose de la Cuesta, Sheila Barker and Tracey Morgan from Saturday Night Live and 30 Rock. Professionally, Erin has performed with Holland America Cruise Lines, numerous theme parks throughout the U.S., industrials, commercials and Off-Broadway. Most recently, she was the Assistant Choreographer/Dance Captain for the Center Drama Theatre Company and was a 2012 New Jersey “Perry” award nominee for ‘Best Actress” for her role as Phyllis in 42nd Street. Erin has also been a staff member of Dancers Inc. for over 8 years, judging regional and national competitions all across the country. She has had the pleasure of directing and choreographing for Hershey Theme Park, as well as many dance studios in the Tri-State area. Erin was a Professor of Jazz at Wagner College in Staten Island and on staff at Red Bank Regional High School Performing Arts School. Erin’s unique style and enthusiasm have repeatedly brought her and her students national acclaim, most recently being the Access Broadway 2013 Nationals Critics Choice Award. Her “energetic” approach to teaching continues to inspire all her dancers and 100% Dance is honored to welcome her back on staff.

Giana is a graduate of 100% Dance where she was a member of the Competition Team since the age of 4.  She earned numerous Awards, Titles, and Scholorships such as Knicks Scholorship; JUMP Dance Nationals Top 20 VIP Finalist at Radio City Music Hall; Artists Simply Human Clear Talent Award; Teen Ms. Dancers Inc 2010 and Pacific Coast Dance Fest Scholorship 2012. She has performed as a 'Kit Kat Girl' in the Jose De La Cuesta production of Caberet summer 2012.  Giana loves all genres of dance but is especially drawn to Hip Hop and Contemporary.  Her choreography has won numerous awards and as a result, Giana was selected by So You Think You Can Dance Season 9 Winner, Cheon, to assist in choreogrpahy for a Hershey Park Production, July 2013. Recently, she was chosen to choreograph a piece for Nigel Lythgoe and Adam Shankman's Dizzy Feet Foundation Gala in Los Angeles, California. Her passion for dance and choreography continues to grow each and everyday and she is excited to be sharing it with 100% Dance. 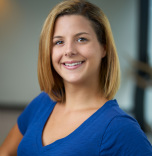 Emily is a native of South Jersey and began dancing at the age of five. She has trained in various styles including jazz, ballet, tap, modern, contemporary, and many more. Emily attended University of the Arts for two years and Stockton University where she graduated with a B.A. in Dance Performance. Most recently she has been able to work with Dance Now! Miami and is a current dance member of AMDP. Emily is also co-owner and executive director of Dancers Inc.

Lynette Werthwein trained at East Carolina University with ballet master and former director of New Jersey Ballet, Joseph Carow. Lynette was a part of the East Carolina Dance Theatre ballet ensemble, and a company member with Atlantic City Ballet and New Jersey Coastal Ballet. She spent time furthering her ballet training at University of North Carolina School of the Arts and University of the Arts in Philadelphia. Mrs. W has performed in various drama troupes and dance companies throughout NJ, NY, NC, PA, and VT. After gaining her masters in teaching from Montclair State University she taught a recreational jazz class at Rutgers on the Mason Gross campus. She continued her teaching career at Union City High School where she directed the drama department and Emerson Dance Troupe. Currently Mrs. W is the director of the Spartan Dancers and is the choreographer for the OTHS Drama Club's Spartan Players. She has written the dance curriculum for the OTHS Visual and Performing Arts Academy. Lynette continues to educate and train herself with various dance companies such as; Ballet Hispanico, The Ailey School and American Ballet Theatre’s adult programs. 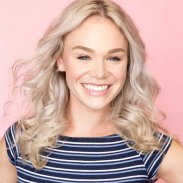 Jessica began studying dance at the age of 3 at a local studio on the Jersey Shore. She started studying all styles of dance at the age of 7 where she began to discover her love for hip hop, jazz funk, and contemporary. She grew up a competitive dancer and an assistant teacher at her studio and through that she learned responsibility and dedication. In high school, Jessica was accepted into a 4 year performing arts program, FPAC. In this program she got to study from many working artists on Broadway and she began taking acting classes. Alongside her twin sister Jennifer, Jessica graduated from Studio School Los Angeles in Los Angeles, California where she received a BFA in commercial dance. While she was in California, she was a dancer in Patee Sarasins music video, “Civil War Mix” and a dancer in an episode of “Rave Train Season 6.” She also trained, and continues to train, under many working artists in the industry. Aside from dance, Jessica has an interest in pursuing acting and also hopes to study health and ﬁtness in the near future. Jessica hopes to inspire other dancers to never give up on their dreams and to always remain conﬁdent in themselves. 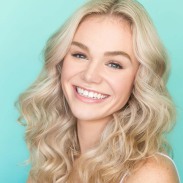 Jennifer began her dance journey at the age of three studying at her home dance studio. At the age of seven she began studying all styles of dance and her love for the art began to grow immensely. She joined the competition team at her dance studio and found the love for performing and sharing her passion with an audience. Going into high school, Jennifer was accepted into a four year performing arts program, FPAC, along with her twin sister Jessica. The both of them continued their studies in college at Studio School Los Angeles where they received a BFA in commercial dance. Jennifer can be seen in Patee Sarasin’s music video “Civil War Mix”, along with an episode of “Rave Train Season 6”. For three years, she was given the opportunity to assist at her home dance studio. This is where Jennifer found her love for guiding and helping the younger generations ﬁnd their passions and strive to succeed. She hopes to be able to inspire others to follow their dreams and push to achieve their goals while having the opportunity to pass on her knowledge of the industry and the art of dance to her students. 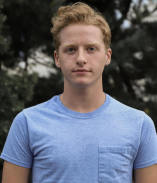 Joey returned from the west coast with gained experience of the commercial dance industry, he is now ready to spread his knowledge and passion for dance across the east coast. Growing up on the Jersey shore, he trained intensively at his studio while attending dance competitions and convention classes. After graduating from High school, Joey made the move to California where he attended Hussian College in Los Angeles, studying commercial dance. While in California he was a featured dancer in "Still" choreographed by James Tabeek, Patee Sarasin's Civil War music video, and even had the opportunity of starring as a featured ballet dancer & choreographer for the recently released film "I’ll Meet You There" directed by Iram Parveen. Since returning to the east coast, Joey has begun working for a dance competition, judging for a pageant & talent competition, and teaching at multiple dance studios in New Jersey and New York. Joey is devoted to providing a positive dance education to help dancers build confidence & achieve their goals!

Where to Find Us: